The Limelight’s three decade tenure as a fixture of the Belfast music scene has made it as familiar a cultural landmark as the Ulster Hall, the Grand Opera House or the Lyric Theatre. For those who have passed through and graduated from Queen’s University, and the University of Ulster, it will almost certainly feature as a character during their halcyon student days.

A bar, a night club and, most significantly, a music venue the Limelight had long attracted talent from within and without Northern Ireland’s borders. Oasis famously played there just hours before Definitely Maybe, the band’s seminal debut album, reached number one in September 1994. In the past decade it has hosted acts as diverse as Seattle grunge pioneers Mudhoney, Irish-American punk rockers Flogging Molly, Devon folk musician Seth Lakeman and Texan post-rock deities Explosions in the Sky.

True to its eclectic form, the famous old stage last night night treated Belfast to another evening of superior music with the arrival of City and Colour. The recording alias of Juno Award-winning singer-songwriter Dallas Green (hence city… and colour), City and Colour is somewhat removed from the band with which Green made his name. As vocalist and guitarist for the now disbanded post-hardcore outfit Alexisonfire he was a member of a collective known for its thrashing chords and hard-edged vocals.

His present project is by contrast a far more elegant affair. Pitched somewhere between folk and acoustic, Green’s haunting falsetto lends it a delicately ethereal quality, his heartfelt lyrics sliding perfectly between each fragile melody. His presence at the Limelight was something of a coup given the widespread acclaim with which the current album, The Hurry and the Harm, was greeted upon its release in his native Canada. This date represented the first in a UK and European tour with the next stops being the Olympia in Dublin and Newcastle’s O2 Academy.

As expected, his performance did not disappoint. Its diverse mix of cleanly arranged acoustic rock, stomping blues and melodic introspection thrilled a packed house.  Dressed in a simple yellow shirt and sporting his distinctive horn-rimmed spectacles, Green was ably supported by a four piece band. He promptly opened up with Of Space and Time, a wistful song of longing and loss.

The crowd certainly responded well, captivated by the purity of Green’s vocals. He possesses the enviable talent of sounding as good on stage as he does on the track, an expected ability perhaps, but hardly a given considering the disconnect between many artists’ live output and their recorded content. From the beginning, however, it was plain that this would be no simple rehash of City and Colour’s four albums to date. While not quite reaching the ‘musical experience’ level of live performances, Green still seemed determined to deliver a genuinely distinctive show rather than rote renditions of his material. 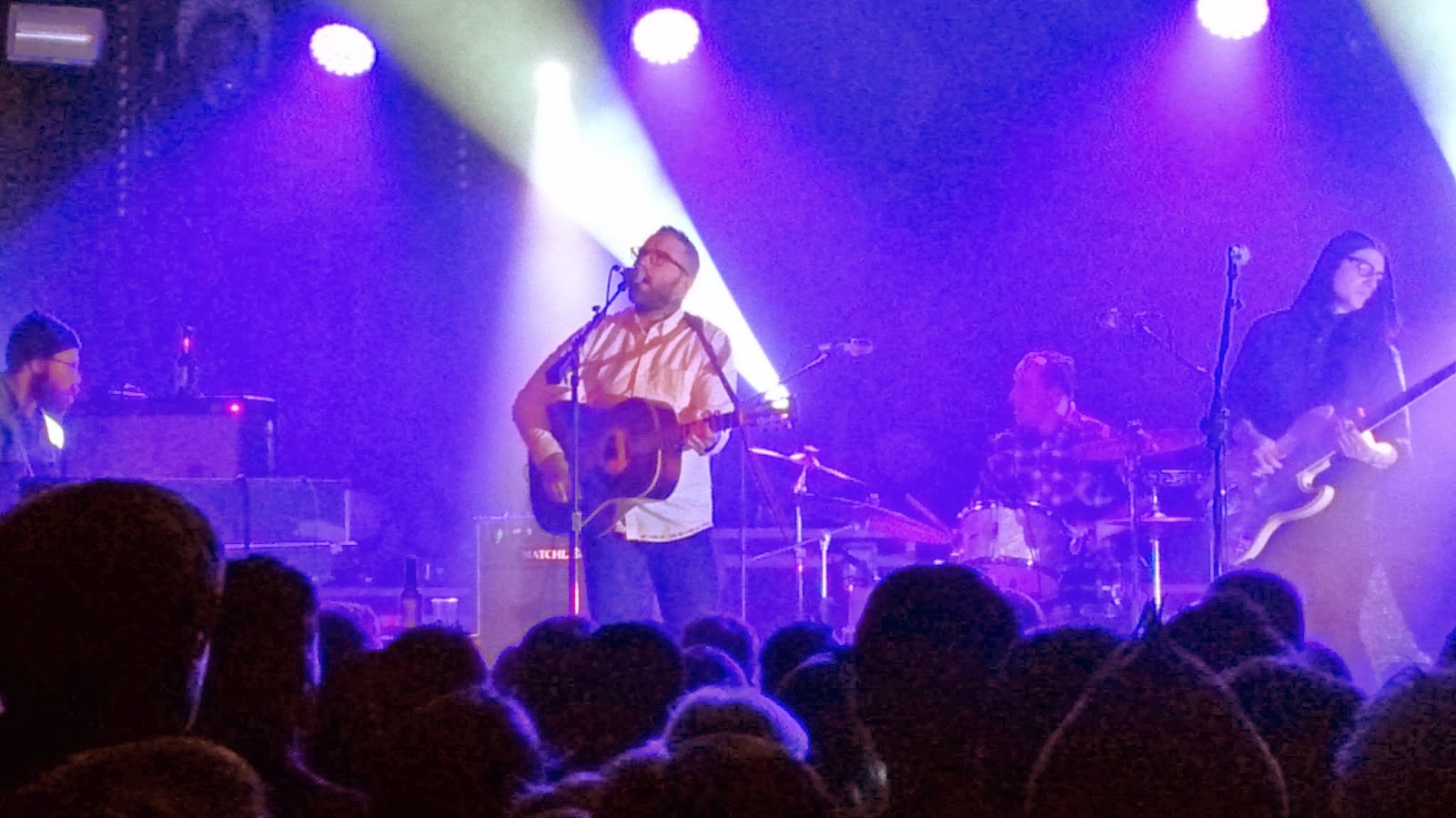 Of the earlier work, City and Colour dipped into 2008’s Bring Me Your Love album. As Much as I Ever Could is a genuinely beautiful, whispering ballad and in the Limelight’s sturdy walls it was infused with an equally strong blues element. ‘Won't you lay by my side, And rest your weary eyes’ go the lyrics, their author seemingly on the verge of an emotional episode.

The thumping, riff-heavy tracks continued with the towering Weightless (from Little Hell, released in 2011) and The Hurry and the Harm’s outstanding Thirst. Its angry, inventive references to snake charmers, iron in the blood and the ‘wolves and the thieves’ are as evocative as anything else in Green’s songbook.

On stage Green is humble and affable, a pleasant example of the stereotypically polite Canadian. He engaged with the audience in soft tones and quipped about his merchandise guy’s 21st birthday. He suggested the attendees shell out for shots and "tips… with a 'p'" to celebrate. He later apologised for stumbling over some lyrics, attributing his confusion to the sudden sight of an enormous promotional poster bearing his enlarged likeness. "Sorry, it threw me for a loop."

He would later express justified puzzlement at a number of loud conversations that appeared to be drowning out the sound for those at the back. "What did you expect to happen when you came along to a concert?" he enquired mildly. The punters, for the most part, hung on his every word, answering his invitation to sing along with the slightly macabre Body in a Box. "This came from a conversation I had with my dad." Okay then.

Proceedings take a more serious turn with the affecting Comin' Home, a tale of life on the road and the desire to be back with those closest to the heart. The original version is a spare effort of limited studio production but last night Green broke it down even further, standing alone on stage, his only company an acoustic guitar. 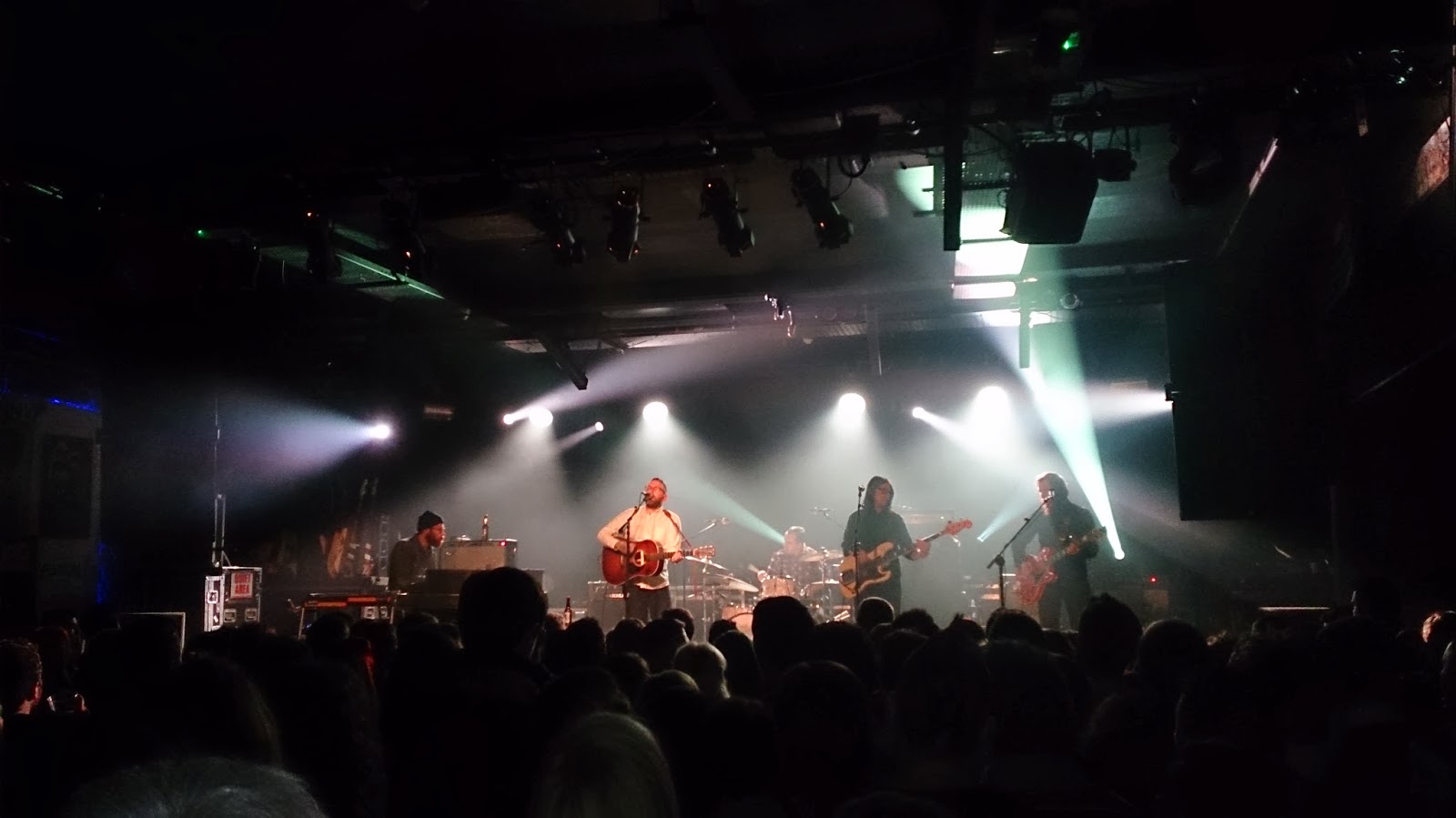 A requirement to be finished before 11pm led to the set running along swiftly. Its final standouts were the brilliantly up-tempo Fragile Bird and the soaring Sorrowing Man, into which he subtly slipped a few verses from earlier in the evening.

There was, of course, room for an encore which Green rattled through as the deadline loomed. The Girl was charmingly simple before its pace quickened and the twang of country and western arrived unexpectedly to liven things up. It served as a neatly accomplished lead-in to the night’s final tune, the muscular Two Coins. "This is my favourite song" he proclaimed by way of signing off. On a dark and frigid January evening its final verse was strangely apt: ‘Come the biting winter cold, Just put two coins upon my eyelids, So I can pay the poor man's toll’.

An edited version of this article was first published here.

Lyrics quoted are the copyright and property of D. Green. No ownership is claimed or assumed herein.
Posted by Matthew Coyle at 20:40