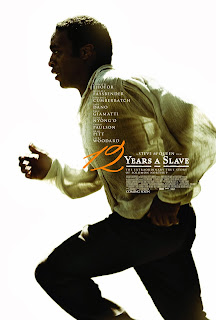 Of all the filmmakers to have trained their sights on Northern Ireland’s tortured history, Steve McQueen was perhaps the most unusual. Amsterdam-based, London-born and of Grenadian heritage, McQueen was an established video artist and Turner Prize winner when, in 2008, he released his feature debut Hunger.

Focusing on the 1981 Maze hunger strikes, Hunger was a cold and brutal snapshot of a truly horrifying period in the recent past. Generally light on words, the densest dialogue formed the core of an extraordinary single take scene in which the magnetic - and perfectly accented - Michael Fassbender (as Bobby Sands) discusses the morality of the strikers’ actions.

It is arguably the most authentic film ever made about the Troubles, the peculiar geo-political intricacies of which have turned more than one respected director into purveyors of mawkish and horrifyingly inaccurate nonsense. That it should come from such a left field source was all the more impressive.

McQueen worked with Fassbender again in 2011. His sophomore effort, Shame, was a disturbing tale of loneliness and the corrosive effect of sexual addiction. It was, once more, an unpredictable choice from the director.

In choosing to adapt 12 Years a Slave, Solomon Northup’s 1853 memoir of his time in bondage, McQueen would appear to have selected predictably virtuous fare to follow up his earlier dark explorations of the human condition. Cynics might even suggest that the potential for awards success played some role in the decision to tell this story. McQueen’s sensibilities, however, do not appear to extend to simply placating the masses and in his hands a subject touched on before, more than once, adopts the kind of jagged edge that has so far set him apart.

That being said, with its impressive period detail 12 Years a Slave is a significantly richer picture than either Hunger or Shame. Unyielding in its representation of the plantation’s swelteringly violent ignominy, it even invokes Tarantino’s Django Unchained by delving deep into the shame of America’s original sin. Yet, while Django was fortunate enough to have a six-shooter, a cool soundtrack and a beneficent comrade in his pursuit of vengeance, Chiwetel Ejiofor’s Solomon is armed with nothing more than a heroic spirit in the face of his cruel subjugation.

An elegant musician and respected member of his community in upstate New York, Solomon’s life is a bucolic one. He resides in a handsome home, his family is learned and refined. He is a ‘freeborn' black, a term used to set him apart in a nation where colour determines your status as man or property. Tricked by kidnappers into accompanying them to Washington he is drugged and immediately sold into slavery. This is an unremarkable event, it seems, given the colour of his skin. His new masters care little for the protestations that he is not a chattel, cynically informing him that he is in fact a ‘Georgia runaway’. He will be a captive for the next 12 years, for captivity is precisely that which he endures.

It is a testament to the believability of Ejiofor’s towering central portrayal that the pragmatism Solomon must quickly develop to survive feels so necessary. He is not a rebel but a realist. Hollywood loves a tale of noble resistance against oppression, its virtue swollen by self-congratulatory stories of the underdog rising up to defeat his tormentors. McQueen has no time for such make believe of course. This is not the benevolent American slavery of the hilariously outdated Gone With the Wind. Nor is it the institution that Django assails with such aplomb, mined for laughs before its spectacular demise.

What is presented here instead is an intensely startling depiction of this cultural edifice as it was likely to have existed. Southern society was not alone in its reliance on slavery but it is in the antebellum South that the trade was distilled into its vilest form. The director is unsparing in covering the salient and chilling realities. Children are blithely ripped from their mother’s arms. People constitute commercial property; these are expensive assets to be mortgaged and haggled over. In this altered universe happy families live cheek by jowl with the whippings, lynchings and beatings of the fellow humans they horde like cattle.

There is a wilful naivety, almost, in the fond reliance on people as possessions. Regular McQueen collaborator Fassbender - an Oscar favourite, surely, for his turn as the unspeakably barbarous ‘nigger-breaker’ Edwin Epps - dismisses pleas for mercy with contorted scripture and a frighteningly logical creed: ‘A man does as he pleases with his property.’

That is not to say that the whites of Solomon’s new world see no ill in the system to which they are so wedded. Each one of them appears sensitive to the perversity of slavery, no matter how little they care about its unfairness or attempt to justify it with baseless philosophy. The warped structures of their world, however, imbue these ordinary people - carpenters, farmers, landowners - with an apparently boundless facility for cruelty and prejudice. Epps’s vindictive wife (a brilliant Sarah Paulson) is motivated in her bigotry by the need to destroy the spirits of those beneath her, lest she be butchered in the night.

Indeed, the seeds of America’s distressed racial discourse are here for all to see, each lash of the whip matched in ferocity by the dehumanising rasp of a terrible slur. To quote The Guardian’s Peter Bradshaw, ‘… each use of the N-word is another turn of the screw. Here is the word reconnected to its past, to all its hateful hinterland. Here is what the word actually means and does.’

Against this backdrop McQueen’s keen visual sense fixes its gaze, unwaveringly, on the callousness of Solomon’s fall. The camera lingers as uncomfortably on his near lynching as it does on his confused, heartbroken expression in the film’s latter stages. It is this level of attention to detail that could yet land 12 Years a Slave more than one big prize come awards season. Ironically, in seeking to eschew mainstream expectations, McQueen may well have swept the board.

12 Years a Slave is on general release now

An edited version of this article was first published here.
Posted by Matthew Coyle at 12:24