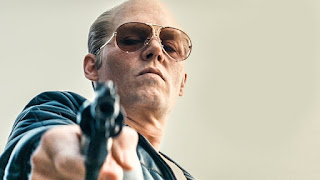 James ‘Whitey’ Bulger is a bad guy. Murder, extortion, racketeering and 16 years on the lam (including 12 on the FBI’s Most Wanted list) all filled out a colourful, genuinely sinister career.

Arrested in 2011, Bulger’s eventual incarceration brought to a conclusion the fugitive life of America’s most notorious modern-day gangster, a free-range scumbag now rotting in a Florida prison and destined to end his days away from the society for which he had such disdain.

How he got to that point, however, is particularly remarkable considering his notorious and brazen predilection for chilling violence, his criminal streak as unmistakable as the South Boston brogue that rolled off his tongue. Bulger was in bed with the Feds, you see, a high-priced government informant whose activities were tolerated in exchange for the information he provided on the Cosa Nostra, an entity attracting far more attention than his own less glamorous Winter Hill Gang.

With a State Senator for a brother and the FBI on a leash, Bulger considered himself untouchable. He wielded a reign of terror on his community that went largely unnoticed until the authorities and his associates finally cut him loose.

Jack Nicholson famously portrayed a shadow of Bulger in Martin Scorsese’s The Departed, and while his Francis Costello — cartoonish, raving mad, a bit charming — inspired a certain measure of reluctant sympathy, the real-life version was a drastically different beast.

Featuring Johnny Depp on the finest form he has displayed in years, Black Mass, Scott Cooper’s muscular and occasionally grimy study of wickedness and corruption, wields a character whose profound flaws appear less watchable than they do morbidly fascinating. Gimlet eyes shining, flickering over their subjects as if they were prey caught in a snare, Depp’s performance brims with a menace leering enough to make skin crawl.

Operating in a similar blue-collar milieu to that explored in his previous pictures, Crazy Heart and Out of the Furnace, Cooper lays out the expected genre tropes early on with a coterie of tough characters populating an equally tough landscape, namely Boston’s jagged outer edges, a place steeped in proud working-class traditions.

Discerning that Bulger’s progress was built on a forceful personality, Cooper fills the frame with his main player to an almost uncomfortable degree. Ever watchable, Depp struts his way through a performance as layered as it is chilling, one laced with a cruelty that stems from the kind of tragedy that can affect all of us, no matter how brash or fearsome. The early scenes involving his son, mother and politician brother (Benedict Cumberbatch) are surprisingly touching, brave depictions of a man who inflicted so much pain on others.

Yet, as he sinks deeper into the mire of his criminal designs, even Bulger’s peers eventually cast their eyes about for alternatives and it is these men — Kevin Weeks (Jesse Plemons), Stephen Flemmi (Rory Cochrane) and Johnny Martorano (W. Earl Brown) — who contextualise the route that their former boss took to the top, via a series of intercut police interviews.

None of it would have been possible, of course, without the naive complicity of Joel Edgerton's preening FBI agent, John Connolly. A childhood friend of the Bulger siblings, Connolly exploited his ties to recruit Whitey, only to end up burned by the latter’s rampant villainy. Edgerton excels in a role engendering little sympathy; Connolly’s flakiness would betray lesser talents, though the Australian continues to define himself as a superlative character actor. Indeed, there is something faintly pathetic about his quest for acceptance in company he should no longer be keeping.

Like the rest, he is torn down by Bulger’s machinations. Using the FBI as a shield for his nefarious activities and mostly ignoring the restrictions placed on him, there are few boundaries that he does not cross. Depp proves consistently hypnotic in a way that serves the understated tone Cooper strives to maintain.

If anything, its understatement is Black Mass’s greatest fault. Aside from the specific instances of mayhem attributed to Bulger, his is an enterprise that is spoken about instead of witnessed. At no point does Whitey’s alleged empire chime with anything seen on screen. Instead, it is simply necessary to believe that this is an especially odious individual worthy of destruction.

In one respect the director should be commended for eschewing the trap of aping every great gangster movie but the nasty intricacies of Bulger’s crimes — rather than the random collection of offences depicted here — mattered enough to US Attorney Fred Wyshak (an abrasive Corey Stoll), so why not to Cooper?

The result is not insignificant. For all the ugliness peddled by Bulger, this is not a picture committed to filling out the details, nor is it a history lesson. Given its true-story nature, the oversight is unfortunate.


Be it a dalliance with the IRA (an accurate element, if a little uninteresting) or the cold, brutal execution of those who crossed him, the Bulger résumé was replete with myriad horrors. Quite what should be made of it all remains less clear than the power of the central turn.
Posted by Matthew Coyle at 23:02 No comments: