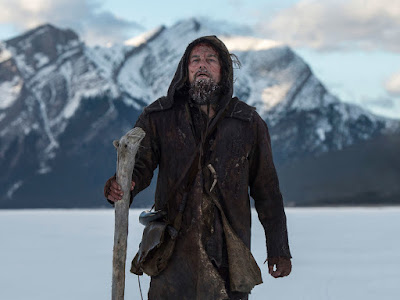 This time last year, Alejandro González Iñárritu was exposing cinema audiences to the singular brilliance of Birdman, a project as audacious as it was weirdly hypnotic. For all its arch tendencies and sly humour, that film was, primarily, a sensory experience.

With its meandering form and slick mechanics giving the impression that the entire enterprise was conducted in a single take (it wasn’t), Iñárritu mined a great deal of impact from the construction, not just the substance. Vindication quickly followed, Academy Awards for Best Film and Best Director signalling an appreciation for his craft and Birdman's quirk.

In spite of this, it would seem that the Mexican’s tricky approach represented a mere dry run for something much grander, namely The Revenant, an adaptation of Michael Punke’s real-life historical novel based around legendary frontiersman Hugh Glass. To take on the Western genre is no small feat. Many have surrendered either to cliché or farce, such are the well-worn tropes of tough men, unbending landscapes and restless natives. Discerning true freshness can be unenviable task.

Iñárritu, however, excels where others have stumbled. Make no mistake, his is an extraordinary picture, as brutal as it is transcendent, boasting a level of originality to which we should all bear witness.

Violence constitutes an inherent trait of The Revenant. It is often chilling and never less than uncompromising, though there exists beauty also, born of man and of the earth. The relentlessness of the human soul, for better or worse, displays itself, bucking against the majesty of nature’s power.

Iñárritu harnesses it all with uncommon élan. He turns in a feat of awe-inspiring filmmaking that must surely, considering last weekend’s successes at the Golden Globes (Best Drama, Best Director, Best Actor), place him out ahead in the year’s Oscar stakes.

Given the intricate quality of its creator’s previous work (Birdman, of course, but also Babel and 21 Grams), The Revenant is, in a narrative sense at least, a surprisingly straightforward period tale. Leonardo DiCaprio portrays Glass, a guide for the fur-trapping expedition led by Captain Andrew Henry (Domhnall Gleeson), which includes, amongst others, John Fitzgerald (Tom Hardy) and Jim Bridger (Will Poulter).

It’s 1823. Deep in the untamed reaches of the Louisiana Purchase, Glass and his companions are set upon by a band of warriors from the Arikara Nation. Scattered, bloodied and light a profitable bounty of animal pelts, their fortune takes a turn for the worse when Glass is mauled by a grizzly bear, forcing Henry to eventually leave him to his fate under the watch of Bridger, Fitzgerald and Glass’s mixed-race son, Hawk (Forrest Goodluck).

When Fitzgerald, a professional malcontent lent a cold and calculating edge by the consistently excellent Hardy, leaves an ailing Glass for dead, the wounded trapper is forced to endure the elements and the limits of his own mortality to ensure survival.

The resulting drama is an immersive, genuinely striking feat of creative endeavour. From the terrifying ferocity of the bear attack — those things really aren’t cuddly toys — and the swooping, unedited opening skirmish, to the increasingly epic tone that later substitutes the director’s clever, intense, centre-of-the-action framing, Iñárritu’s ultimate triumph in accomplishing it all is to provide a bravura cinematic spectacle without encroaching on the plot’s primacy. Cinematographer Emmanuel Lubezki must also receive his share of the acclaim for conjuring visuals that feel truly alive.

Indeed, the technical proficiency on show augments the story. It is no lazy gimmick, rather a fully fledged element of the superlative whole. For Iñárritu, an artist so in command of the medium as to appear almost arrogant, The Revenant is the culmination of a career spent gradually honing his skills. He shot this using only natural light and occasionally opts for realism over polish, breath and gore staining the lens. Yet, for a production that underwent considerable travails out on the Canadian tundra, the finished article registers as complete, tranquil even.

In the lead, DiCaprio deserves the plaudits coming his way. An astonishing actor, he exudes the flinty instincts of someone well used to the harshness of the world. Glass was the son of Ulster-Scots settlers, resilient people who hacked an existence from the wilderness, bearing their children along the way. That heritage is unmistakeable, present in every look and every movement; it seeps from him as he presses ever onwards towards redemption, revenge, or both.

Gleeson, Poulter and Hardy stand out, too, with the latter, particularly, DiCaprio’s equal in inhabiting a character of few admirable qualities.

And Glass pursues him, across lake and plain, through desolate valleys and forests scarred by winter, equipped only with the fire of his wrath. If there is madness here it is to be found in the central player’s indomitable spirit — his actions can only be admired.


An eloquent final image quells the storm but the stage has already been set by Iñárritu’s ambition. Be captivated.

A version of this article was first published here.
Posted by Matthew Coyle at 10:00 No comments: