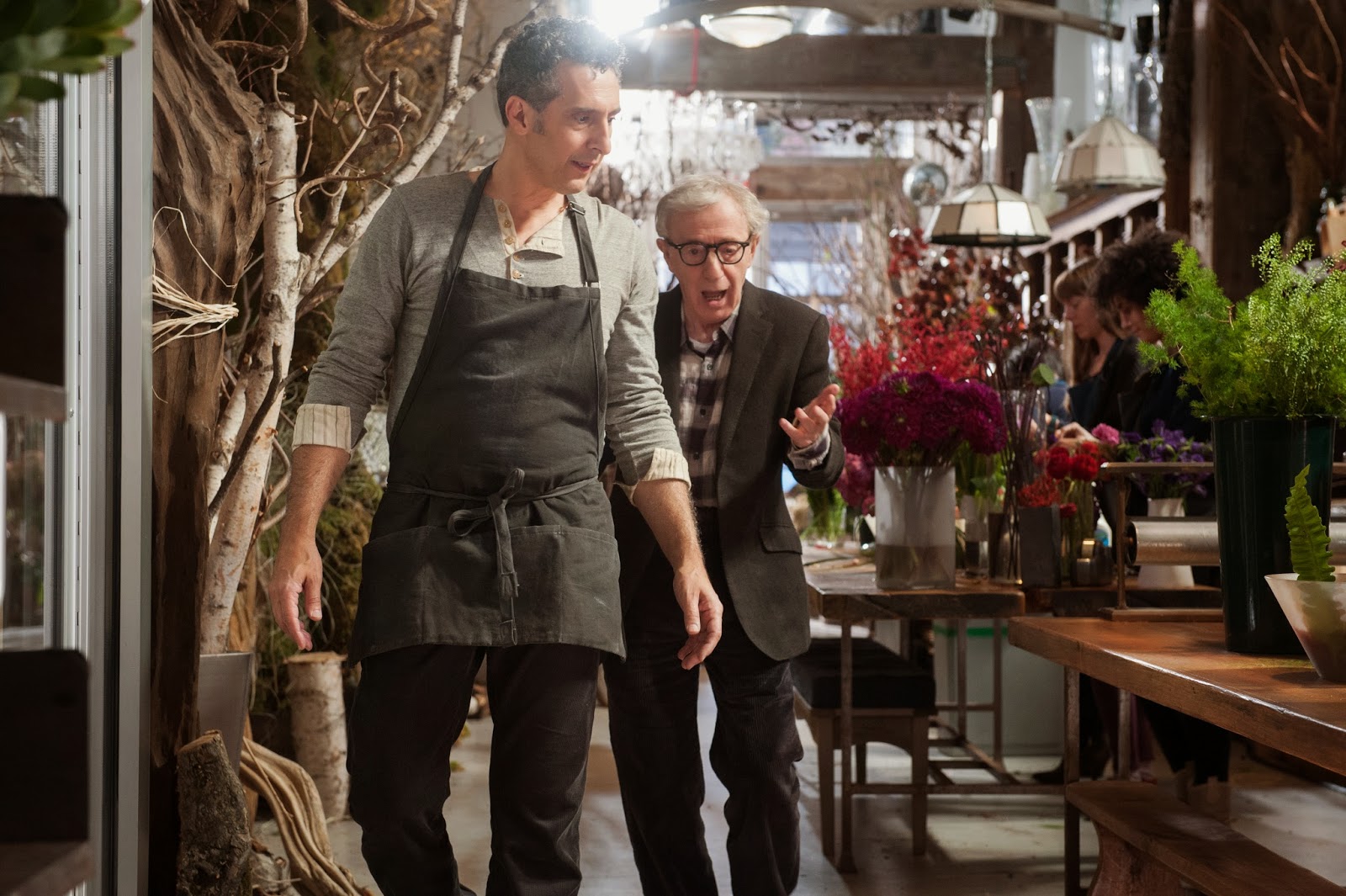 It is no coincidence that Woody Allen should form so central a role in Fading Gigolo. John Turturro’s newest film as director, writer and star shares DNA with Allen’s coterie of evocative New York tales. Annie Hall and Manhattan were loving odes to the fabric of the great metropolis; Turturro’s newest project is similarly steeped in the city’s aura, existing in the faintly bohemian, off-the-beaten-track environs of Brooklyn, Soho and the Lower East Side.

Taken at face value, its themes, curious double act and general location invoke Midnight Cowboy but, in truth, this a sweet and delicate picture which opts for whimsy instead of grit.

As always, Allen employs his witty Jewish chatterbox schtick to portray struggling rare book proprietor Murray Schwartz. In packing up his unprofitable store — located next to a faceless Staples outlet — Murray floats the idea that his friend and assistant, Fioravante (Turturro), take up the opportunity to begin life as a Don Juan for hire. The older man’s glamorous dermatologist has, believe it or not, suggested to her patient that she would be open to a threesome with her curvaceous friend and a willing stranger. Spotting a financial opportunity, Murray convinces Fioravante to go along with his scheme and answer the good doctor’s call. A humble measure of success and cash quickly flow their way.

As cinematic pimps go, Murray is hardly typical. His clever patter is a real joy to behold and as he expands his scope of operations, there is never a hint of sleazy hucksterism. Instead, his motivations are essentially low key: he spends money on a new couch for his girlfriend and her fantastically amusing children. Beyond that, he is merely occupying his own time. As he casually chats to a client on the phone while perusing various items of lingerie, one is struck by the fact that even after all these years, Allen — making a rare appearance in another person’s movie — is still the most watchable person on screen.

Turturro, too, is a magnetic personality. Cool, suave and mildly sophisticated, this escort is, in fact, anything but fading. Indeed, it is easy to forget that this quietly charming professional lothario, fond of ornate flower arrangements and walks in the park, is the same goggle-eyed oddball who has, for so many years, served filmmakers as diverse as the Coen brothers and Michael Bay. Yet, Turturro is an accomplished auteur away from his more notable work with both Mac and Romance and Cigarettes displaying his facility for nuanced drama.

With Murray’s assistance he is soon servicing both Sharon Stone, the adventurous doctor, and Sofia Vergara, her predatory ally. While it is not hard to see the reasons for Turturro choosing to bear these burdens, he does an admirable job in portraying Fioravante as more than a cold womaniser. There is a deep well of kindness beneath his placid exterior, a trait best realised in his hesitant relationship with Avigal, an ethereal Jewish widow of Murray’s acquaintance. Vanessa Paradis brings a restrained quality to this somewhat anomalous character. As she bonds with the gentle gigolo, friendship and human contact fuel their connection, not sex.

In contrast to the sultry encounters of Fioravante’s work life, and in keeping with Paradis’s heritage, Avigal is accompanied by an upbeat French soundtrack as she makes her way, tentatively, though the world outside her stifling Williamsburg locale. Aided by her new beau’s gentle encouragement, it is she, not the rich uptown vamps, who benefits most from his presence.

It is also arguable that this strand represents the film’s largest hurdle. Catering to the whims of wealthy Manhattan mistresses is engaging in its own risqué way yet there appears little reason for Fioravante, a stranger, to be massaging the bare back of a Hasidic woman in mourning nor for completely removing her sheitel in public. His actions are not born of lust but they do appear to disregard the basic rules of an entire community; they dismiss their importance.

Liev Schreiber’s watchful neighbourhood patrolman seems like a pest at first glance. As it turns out, however, he is right to express concern about the direction of Avigal’s modesty. Granted, she does not succumb wholly to the temptations of secular life — it isn’t that sort of film — but the episode sits uncomfortably, if not obscenely, with the otherwise cheeky atmosphere at which Turturro is aiming.


Such fumbles notwithstanding, the two stars crackle when together and one is reminded of Allen’s undoubted quality in pictures where he is allowed, simply, to be Woody Allen. More broadly, Turturro has constructed something terrifically watchable here, its occasional chauvinistic leanings aside. Refined and stylish, Fading Gigolo may hint at simple wish fulfilment but it is never less than glintingly knowing.

An earlier version of this article was first published here.
Posted by Matthew Coyle at 14:36