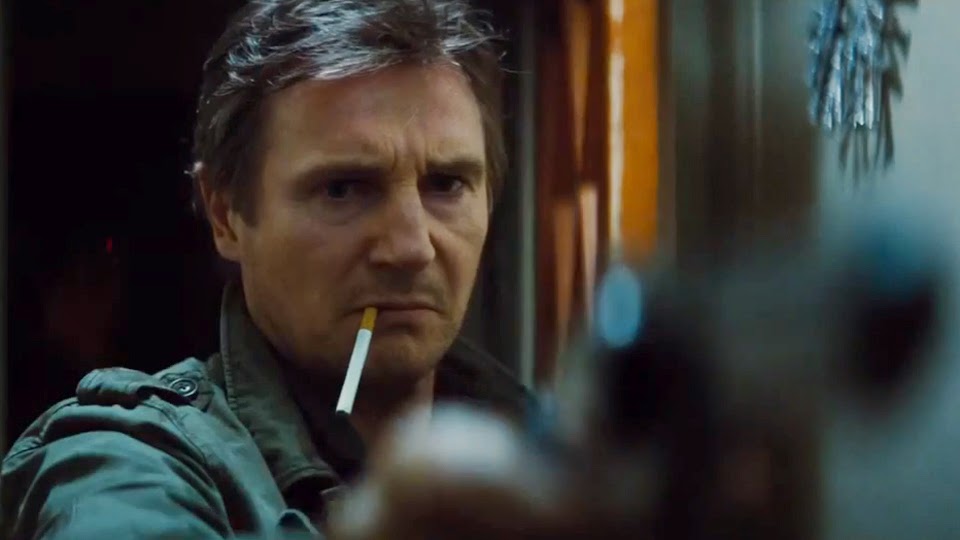 So, here we are again. As his delicate turn in Schindler’s List fades from the memory, Liam Neeson’s crusade to dominate the cinema listings continues unabated, his reforged action-star career logging another gritty chapter. From the tired Taken franchise to the likes of The Grey, the Ballymena native is currently the go-to guy for middling thrillers in need of a charge of star dust.

Fortunately, Spanish director Jaume Collet-Serra’s Run All Night hits much more than it misses. Relying on his lead actor's hulking physicality and ability to play weathered, brow-beaten Celts like few others, this is a stylish, creatively crafted gangster flick, more than worthy of the public’s attention. In fact it is, arguably, the best output from Neeson for some time.

He and Collet-Serra have formed a strange double act in recent years, collaborating, with unremarkable results, on 2011’s Unknown, an inoffensive paranoid mystery, and last year’s fun, if silly, Non-Stop. Neeson represents an unorthodox muse, yet the Spaniard has found much to work with in his scowling bullshit-free persona.

Here he plays ageing mob button man Jimmy ‘the Gravedigger’ Conlon, a listless, drunken reprobate who only remains on the payroll due to a deep-rooted friendship with crime boss Sean Maguire (the excellent Ed Harris). Indeed, within five minutes, every Irish mafia cliché has been handily checked: bars, booze, hangovers and bent cops. Four of the principal players are called Jimmy, Sean, Michael and Danny; there’s a Pat, too, for good measure. Even a framed picture of the old sod sits, comfortingly, on a wall nearby.

Sure, Run All Night lacks the meanness of The Departed, or the breathtaking elegance of Road to Perdition — a film it largely apes, save for the modern setting and a slight deviation in the story — but this soon registers as something nicely off-piste from the creaking template that Neeson has followed in recent years.

Unlike the dull and basically invincible Bryan Mills of the Taken series, Conlon is a horribly flawed human being, predictably so, maybe, yet real enough to appear interesting. Soaked in his own vices, haunted by the cast of stooges and snitches, enemies and friends that he has done away with for Sean, the Gravedigger shambles between his early scenes like the great husk of a figure once called man. He begs for cash and is forced to don a Santa suit in order to fix his heater. As one might expect, Jimmy’s son, Michael (Joel Kinnaman), is less than enamoured of his dad.

Their simmering antipathy seems insignificant, however, when Michael, a straight-laced limo driver and dedicated family man, witnesses Danny Maguire (Boyd Holbrook), Sean’s low-life progeny, executing an Albanian gangster. On the cusp of his own murder, he is saved, decisively, by Conlon the elder, an act laced with shattering consequences.

From this point on, Collet-Serra does a sturdy job of conjuring a tidy chase movie that feels darker than its glitzy sheen and hyperactive tone might otherwise suggest. There is genuine friction between father and son, their race to stay ahead of Maguire — now wracked with the spirit of vengeance — failing to quell the fury felt by Michael about the nature of his scrappy upbringing. Kinnaman, underwhelming in RoboCop, draws on the edgy undertones and magnetic sense of focus that made him so watchable in the American remake of The Killing. Meatier tension also presents itself in exchanges between Neeson and Harrison, where the sight of two grizzled veterans butting heads serves as a sedate antidote to the hectic pace that Collet-Serra employs from time to time.

Perhaps in an attempt to raise his game, he leans on visual kineticism more than is required. A series of tricky techniques are utilised, adding little substance, but they at least signal his intention to produce a somewhat more memorable film than the well-worn narrative should reasonably allow. Early on, he swoops between geographical locations from on high, soaring above the endless outer margins of New York City. Later, for no apparent reason, the camera veers in close to a chainlink fence, and then through it, a Fincheresque move that grabs the attention if nothing else.


Neeson presses on manfully through all of it, like this generation's Charles Bronson, minus the kitsch. His decidedly old-school air of grimy survivalism propels him towards a measure of redemption. Latterly, Common makes an appearance, crowbarred into the proceedings as an ice-veined killer savant. The move jars but, like its brawny protagonist, Run All Night just about endures.
Posted by Matthew Coyle at 08:00