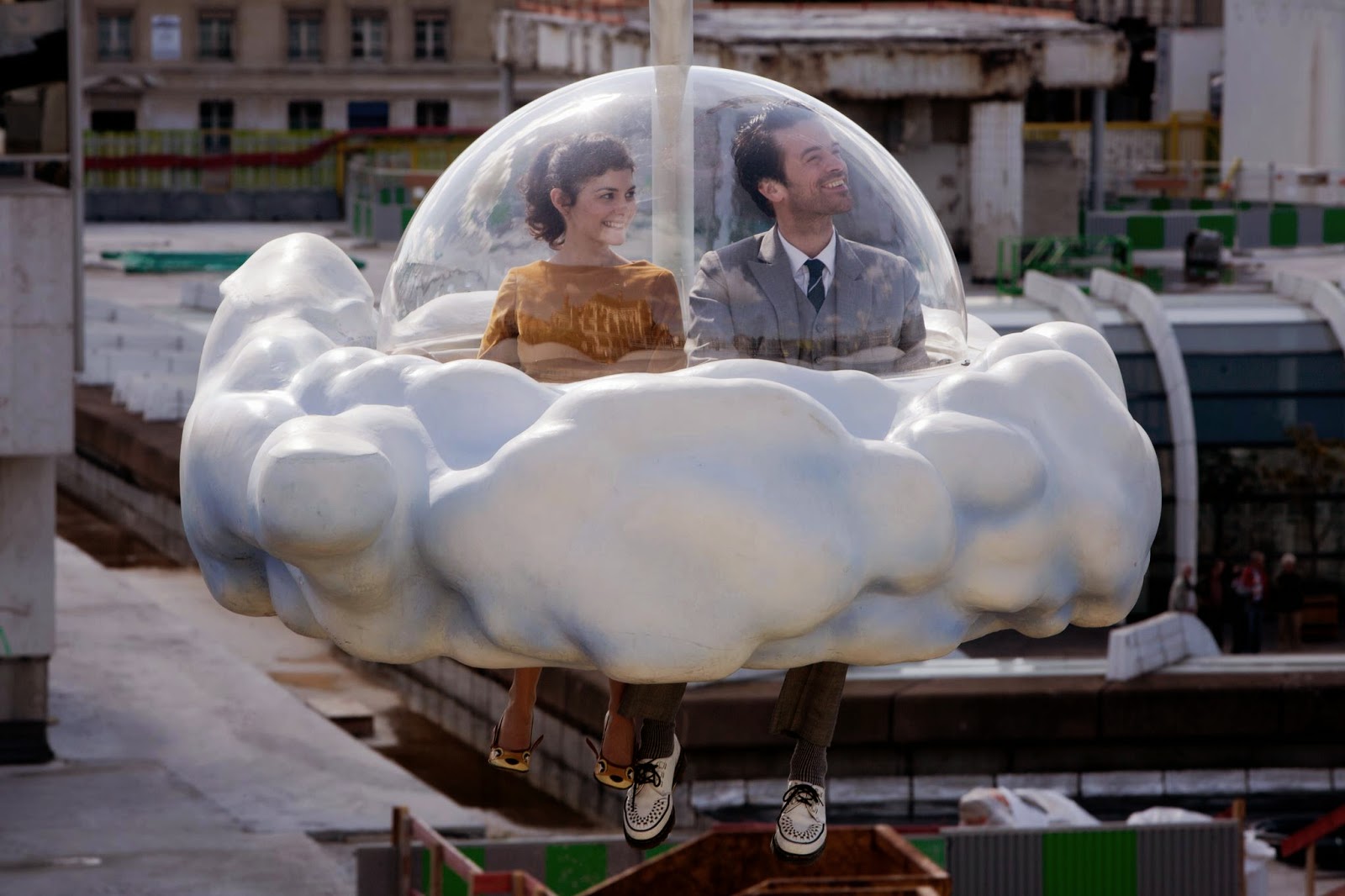 Michel Gondry has long been considered an auteur of profound skill bordering on greatness. His reputation paints him as a free-form Gallic genius in complete control of his archly artistic tendencies and a commanding director capable of uniquely accomplished work.

Indeed, in many respects, Eternal Sunshine of the Spotless Mind, a romantic sci-fi released in 2004, represented an apogee of his craft. Charlie Kauffman’s incredibly clever script served as the brains; Gondry’s creative sensibilities shaped its broken heart.

Less unsettling than Spike Jonze, yet zanier than the low-key ethereality of Wes Anderson, this one-time music video guru’s name nevertheless demands a spot in the restlessly idiosyncratic corner of the filmic landscape occupied by those fellow travellers.

Given his heritage, it is puzzling that Gondry’s first wholly French feature should come now, at the age of 51. That being said, an adaptation of Froth on the Daydream, Boris Vian’s strange 1947 novel, appears a fitting place to start, comprised, as it is, of all the components readily associated with his eccentric, faintly sinister style. Retitled Mood Indigo in this instance — the name of a jazz composition by Duke Ellington — the book has been transferred to the screen, in various guises, on a number of occasions, in spite of the widely held notion that it is unfilmable.

For all Gondry’s inventive efforts, the latter assumption seems especially apposite here. Mood Indigo is a luscious slice of visual cinema, that much is true, but in the areas where the medium is, perhaps, at its most affecting — storytelling and emotional resonance — it fails, fundamentally, to satisfy these rather basic demands. That Vian’s vision might be best left alone to exist within its peculiar dimension is an idea granted credence almost from the beginning.

It would be unfair to suggest that Gondry has overseen an outright disaster, for the finished article must surely have turned out exactly as he imagined. Still, it creaks under the weight of its own shapeless pretensions. A trying, cocked-eyebrow of a film, it never rests, never lets up, a sweet plot peeping out from time to time only to be battered into submission by the relentless whimsy grabbing centre stage without even the slightest hint of regret. Mistaking its myriad quirks for charm, this is exhausting and utterly, undeniably vacuous.

Romain Duris plays Colin, a wealthy, if earnest, wastrel who lives in an unbearably kooky (obviously) apartment high above the Parisian skyline. He enjoys jazz, aimless chit-chat and good food — courtesy of his private chef-cum-lawyer Nicolas (Omar Sy) — but is desperate, beyond everything else, to find love. When his friend, Chick, a bookish man obsessed with droning, bizarro-world existentialist ‘Jean-Sol Parte', enjoys unexpected romantic success, Colin is piqued and resolves to find himself a partner.

Since it is all so incredibly silly, he pairs up with Audrey Tatou’s adorable Chloé that very night and their life together begins in earnest. Regrettably, what might have been a refined little romantic comedy becomes lost instead in a fog of unyielding overindulgence.

A receptive audience may respond well to the cornucopia of largely pointless elements: a man dressed as a mouse driving a vintage Renault; more than one instance of rubber-legged dancing; an anarchic church-based box-car race; a crane-assisted flight over Paris in a plastic bubble shaped like a cloud. In fact, all of this takes place after the breathless opening scenes in which Colin shows off his cocktail-dispensing piano (no, seriously) and Sy’s jolly scoundrel prepares a bamboozling stop-motion feast of revolving trifles and jerking eels.

Unfortunately, the knowing playfulness, distracting from the sharper flourishes, moves the story forward not a single iota. A kinetic mass typing pool signifies Colin's own narrative and Chloé’s later sickness arrives courtesy of an elegantly placed flower seed. To stave off her illness she is eventually surrounded by a blooming floral palette, yet beside the wantonly impulsive ancillary strands, these truly important details become meaningless.

The cast is a fine one, of course, and Duris in particular — fresh from a starring role in the excellent Chinese Puzzle — embraces everything Gondry throws his way with no little brio. Tatou, also, is a worthy presence as always. Whatever their talents, however, they cannot make up for the chasm between those on either side of the fourth wall, audience and actors. When a sickly melancholy (symbolised by a subtly introduced monochrome) settles over proceedings — brought about, ironically, by the blooming of a beautiful water lily on Chloé’s lung — there is nothing upon which to build emotion or engender sympathy.

The characters have not engaged, they have simply flitted from spontaneous desire to strange passion. Thus, their actual human problems ring hollow. If anything there is a blackness of humour running through the finale which jars, loudly, with the sincere misery Gondry seems determined to convey.


Whether such gloominess is deliberate, or slyly misleading, remains a mystery until the credits roll though by that stage, quite honestly, one is unlikely to care either way.

An edited version of this article was first published here.
Posted by Matthew Coyle at 12:11