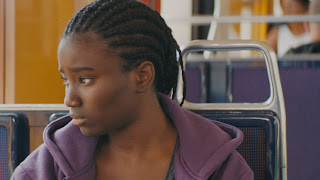 It is almost 20 years since La Haine exploded onto cinema screens, summoning the rage that flowed, and flows still, through the urban arteries of les banlieues. Mathieu Kassovitz’s searing breakthrough stood as a visceral snapshot of life in the French outskirts, a stage where liberté, égalité and fraternité are as absent as the opportunities they espouse.

A monochrome calling card for a generation, La Haine’s power, however stylised, lay in its uncomfortable treatment of a subject many in France would prefer to ignore: that the abandoned and impoverished ethnic peoples on the fringes of the nation’s singularly unbending identity could no longer be ignored.

Two decades later, our post-Charlie Hebdo reality seems a savage reminder that those profound societal problems — alienation, displacement, exclusion from the state to which loyalty is expected — have metastasised into something much darker and infinitely more disturbing.

For Kassovitz and La Haine in 1995, read Céline Sciamma and Girlhood in 2015. A leading figure in France’s new wave of filmmakers, Sciamma has, in this instance, fashioned a poised and fascinating picture that moves more than it exhilarates, trading in sad acceptance rather than outright anger. It may be a coming-of-age event anchored, quite hopelessly, in the far reaches of modern Paris but Sciamma has designs beyond simply gawping at ghetto life. In those places labelled quartiers difficiles, to survive is to triumph; and it is the women, arguably, whose stories need to be heard.

Bande de Filles (Gang of Girls), to give the film its original and more apposite title, completes a loose trilogy that Sciamma set up with Water Lilies and Tomboy. In this release, the wonderfully poised Karidja Touré plays Marieme, a diffident 16-year-old whose modest high-rise existence becomes more exciting when she befriends a trio of fellow teenage girls, as swaggering as she is restrained.

Now a four-piece, Marieme, Adiatou, Fily and Lady, the leader, bunk off school, hustling and scowling their way through otherwise dull lives that are hemmed in by status, class and the inherent misogyny of their cultural structure. Indeed, in spite of the sullen preening seen by the outside world, their aspirations are heartbreakingly modest.

That fact is best underlined early on. Having shaken down enough of their peers to afford a night out, they make for an anonymous hotel, rent a room, enjoy a few drinks and try on some (stolen) clothes. The sequence is capped off by a joyful, splendidly innocent karaoke rendition of Rihanna’s ‘Diamonds’ and Sciamma clearly wishes to poke holes in any notion that these youngsters are all that different from their white middle-class compatriots.

Where the director excels is in drawing towering performances from a troupe of raw, untrained and street-cast black actresses chosen for the relative novelty of their presence in French cinema, as much as for their obvious gifts. Chattering in an argot set to machine-gun speed, each displays a distinct trait that reinforces the whole. Lady (a bewitching Assa Sylla) is the finger-clicking queen bee; Adiatou (Lindsay Karamoh) personifies the spirit of the group; Fily (Mariétou Touré) serves as its steady backbone. They inhabit a milieu that demands respect, and violence — a theme that Sciamma chooses not to fixate upon — represents the best protection for fragile reputations.

That being said, Girlhood is Marieme’s story. She travels a road which yields more questions than answers. Allowed to slip out of the system by a faceless, apathetic teacher, ungoverned by an aloof mother whose own features are never fully visible, she must navigate her awakening without the support many of us take for granted. Her journey is not uneventful; in the hands of a lesser talent it might even appear trite. Touré, however, turns in a multi-faceted portrayal ripe with emotion and held fast by an inspiring sense of resolve. There is even an androgynous quality to her acting that conjures an air of mystery to sit alongside an impassive, unknowable expression.

Stripped of Marieme’s three companions, the final leg sags somewhat thanks to an ancillary drug-dealing arc that registers as less than organic. Yet, it rallies before the credits, choosing ambiguity over the easy fix of a neat conclusion.

Sciamma’s past is marked by the plaudits heaped on her minimalist leanings and while they surface here, this is a film sporting a charge of rare style, from the neon hue creeping in on occasion to the urgent, synth-heavy score that feels less incongruous than it should.


Above it all is a message that bears emphasising: looking out at the only continent they’ve ever known, their faces pressed against the glass of countless tower blocks and speeding express trains, the granddaughters of the colonies have myriad tales to tell. They want to join in. Open the door.

An edited version of this article was first published here.
Posted by Matthew Coyle at 17:23