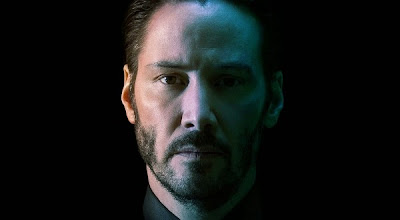 
The name John Wick is hardly one to invoke images of terror and twitchy paranoia. It's a bland moniker, one that might attach to your bank manager, the owner of a friendly family bakery or the retired neighbour who mows his lawn twice a day. John Wick just doesn't seem very frightening.

Think again. As the eponymous avenging angel of Chad Stahelski and David Leitch's debut directing gig, Wick's name alone strikes cold fear into the souls of his enemies. It appears, in this sumptuous, neon-drenched context at least, to represent true darkness.

In the lead role, Keanu Reeves, remarkably, casts aside the dross that has littered his career since the spectacular highs of The Matrix and its potty sequels. As taciturn as usual, his brand of impassive anger fills the void into which a lean narrative might otherwise descend. To see the erstwhile Neo scything through hordes of villains is to be deeply impressed and reminded of the actor's magnetic appeal in the right setting.

And what a setting it is. Uncompromising, unspeakably ruthless, Wick explodes from the frame, the roiling mass at the centre of a rippling actioner that occasionally reaches visceral high watermarks once thought lost to mainstream American cinema.

The story, a simple one, is not wholly unfamiliar, though previous iterations are unlikely to have featured this amount of sophisticated mayhem. When the widowed Wick's quiet life is upended by an act of gratuitous violence, courtesy of identikit noveau riche mobster brat Iosef (Alfie Allen), the demon slips its shackles. Iosef's petulance unleashes upon himself, and his Russian crime lord father, Viggo (Michael Nyqvist), a spirit of coldly determined rage intent on claiming their blood. The incoming threat is both a retired mafia assassin and a whisper-inducing gangland boogeyman who would have Hades locking his doors at night.

Interestingly, however, Wick seeks his several pounds of flesh not for the loss of a beloved wife, but for the brutal slaying of the adorable beagle puppy she bequeathed him, and the theft of the '69 Mustang in which he drives out his deep-seated torment.

Like the Reeves-starring Speed before it, John Wick lives and dies by the strength of its own searing kineticism. With its near balletic gunplay and a sense of grimy savagery lingering beneath the shiny surface — a metaphor best exemplified by the Continental hotel, a luscious underworld Shangri-La catering exclusively to the film's stylish circus of professional killers — this is a forceful first offering from a directing duo who made their bones as stunt coordinators.

Their set pieces are precise and brutal, fun-filled guilty pleasures captured with gliding, unblinking detail and laced with a refreshing dose of cheeky irreverence.