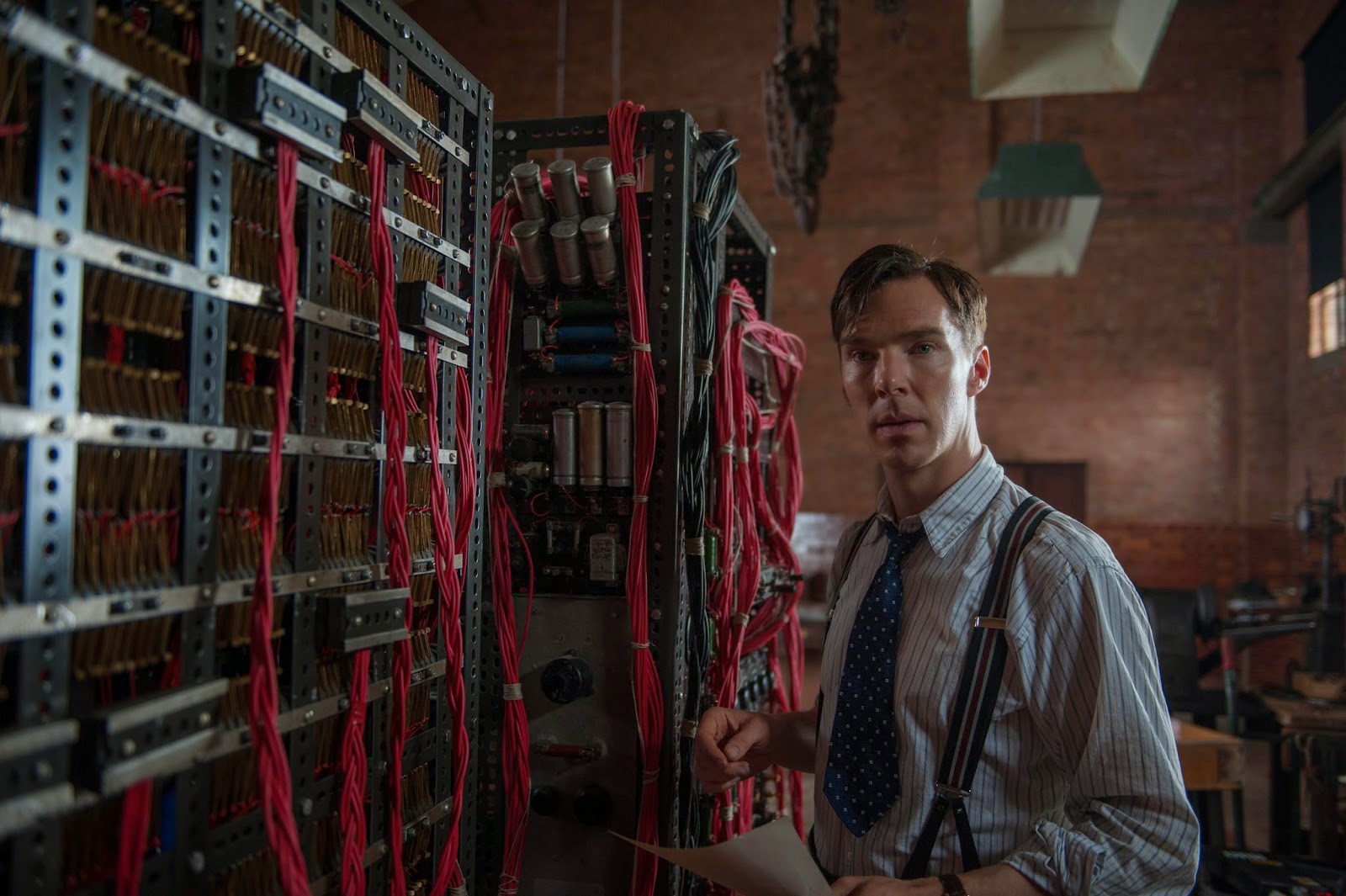 For many, the field of mathematics is likely to set pulses racing at an uncomfortable rate, stirring up memories of cold sweats brought on by algebraic confusion and a swamp of geometrical bewilderment. This is, in truth, a discipline holding little cinematic allure; maths just isn’t very sexy.

That being said, it is rather important and this fact shapes the core of The Imitation Game, a sleek, genuinely superb English language debut from Headhunters director Morten Tyldum. In spite of some recent criticisms that churlishly focus on historical inaccuracies while ignoring unavoidable artistic licence, this is as captivating as it is factually flawed.

Based on Andrew Hodges’s biography of wartime cryptanalyst Alan Turing, the Norwegian’s stylish thriller offers up an exquisitely tuned portrait of a remarkable man, a man who stole Nazi secrets by breaking into Enigma, the coded communications system by which all military instructions were relayed. He essentially defeated Hitler in the process.

It would not save him. Turing was gay and, in 1952, he received his reward for that service to king and country: a homosexuality conviction and court-mandated chemical castration. He committed suicide two years later.

Part arrogant savant, part lost child burdened with an intellect incapable of simplistic thought, Turing would, in the oak-panelled environs of Bletchley Park’s Code and Cypher School — the austere progenitor of communication overlords GCHQ — head up a unit of incredibly clever boffins, all committed to the apparently impossible task of getting inside Enigma.

Cumberbatch and Tyldum make immediate headway thanks to screenwriting debutant Graham Moore’s punchy script, ripe with the kind of crisp and snarkily playful dialogue Aaron Sorkin might produce if he anchored his narrative in the emotional wilderness of the British class system. Indeed, there is a great deal to chew on in the middle stages, where the ongoing war is merely part of a larger puzzle that Turing and his colleagues must tackle over the course of years.

Working to come up with a solution before the enemy changes settings at midnight, rendering each day meaningless, this urgent premise is framed by a more sedate post-war setting: Turing recounting an incredible tale, via flashback, after his arrest on indecency charges. There are glimpses of one seminal period as the bullied prodigy at a public school, illuminating multiple plot points.

His ally in this endeavour is Christopher, the gargantuan and expensively assembled bombe device. A clunking tribute to the pre-analogue age, this super computer (operating, admittedly, at a level of sophistication which makes the humble Nokia 3210 seem like Star Trek’s warp drive) is Turing’s creation, his masterpiece and, ultimately, the means by which the Allies may endure. Christopher is the closest one might come to conceiving the scale of Turing’s genius, subtly beautiful in its plodding design.

In an otherwise masculine ensemble, Joan Clarke (Keira Knightley), the genteel mathematician who establishes a touching platonic connection with Turing, serves to add a dash of perky refinement to all the high-functioning testosterone. There is no small sense of triumphant fraternity, however, when the team, pouncing on the inevitability of human error, finally unlocks the mystery. The subsequent comedown is just as dramatic, an icy realisation that to act hastily is to induce the Germans into switching away from their compromised system.

Cerebral as it is — the solving of the problem will confuse even hardcore crossword enthusiasts — Tyldum’s grandest trick is to maintain a sense of pioneering spirit, exciting and accessible. This is an era when computer science was an edgy category on the academic spectrum and artificial intelligence little more than a zany concept; neither was of use in the real world, let alone conducive to the traditions of mass conflict.

Turing must battle, then, against the relative philistines holding authority over him, as well as the endless combinations that the Third Reich may employ to conceal its plans. His obsession is almost an art form and when it blossoms, shaking the foundations of all scientific understanding in an instant, the true meaning of the breakthrough becomes clear.

Unfortunately, with that moment at its zenith, the remainder of the story sags in places. The relationship between Alan and Joan feels worthy of deeper study, the meeting of kindred minds compensating for a lack of physical chemistry, but it is eventually beset by melodrama. When Turing vetoes the decision to warn an Atlantic convoy of an imminent U-boat attack, condemning a friend’s relative in the process, there is a gratuitous residual rancour which disappears as quickly as it arises.

Most disappointing is the strange manner in which Turing’s sexuality is handled throughout. Tyldum, Moore and the magnificent Cumberbatch have not shied away from the topic yet, for much of the picture’s duration, it lingers like an abstract equation, something Turing addresses in frank terms but barely bothers to explore.

Maybe there is a reason for this evasiveness. His sexual proclivities, perhaps, were arguably less important than the machines and theories that comforted an unknowable figure in the miserable final years of his towering existence. Whatever made him tick, Alan Turing, responsible for greatness, was certainly deserving of more.

A version of this article was first published here.
Posted by Matthew Coyle at 10:42