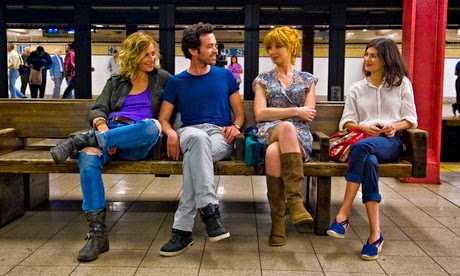 In introducing the latest chapter of his ongoing romantic-comedy series, which debuted with L’Auberge Espagnole (2002), and continued in Russian Dolls (2005), French director Cédric Klapisch offers up a startling contrast to Richard Linklater’s stylish, though increasingly dense, Before trilogy.

As Linklater has focused on the evolving connection between his central pair — most recently in Before Midnight — so too does Klapisch rely upon a stable of characters from previous instalments to convey a tale of jaded lives and weighty responsibilities. Mercifully, the outcome is an infinitely more likeable affair than the beautifully shot navel-gazing of the American auteur’s European troika.

In 2002, Xavier, Wendy and Martine were relatively carefree twentysomethings, with careers and lives to look forward to, bound together by Xavier’s government-mandated gap year in Barcelona. Three years later, the same characters would meet the sticky challenges of adult life in St. Petersburg, themes of love and sex being handled with a slightly silly exuberance that more ponderous films would certainly have jettisoned in favour of serious drama.

Now, in 2014, the action of Chinese Puzzle is transposed to New York, its protagonists soundly anchored by families and careers. As Xavier, Romain Duris is fantastic in portraying a successful Parisian writer forced to uproot himself and move across the Atlantic, in the wake of a sudden separation from Wendy (Kelly Reilly), to maintain contact with his children. She has relocated to the Big Apple with her new beau and Xavier, a devoted father, follows with barely a backwards glance. As luck would have it, Audrey Tatou’s charming Martine shows up on business, allowing them to rekindle the flame of an old romance.

Once in New York, Xavier must bed down in the cool Brooklyn apartment of his lesbian best friend Isabelle (a terrifically confident Cécile de France) and her partner, a particularly significant arrangement given the fact that she is pregnant courtesy of his generous sperm donation. Besides that he must liaise with a budget lawyer, secure an apartment, marry a willing Chinese-American girl to obtain a green card and negotiate the cultural chasm between France and the US. In the background, his fussy editor chases him via the world’s finest Skype connection.

If all of this sound mildly farcical, then that is merely a passing impression, for Klapisch has crafted something deeper: an assured, stylish urban comedy in which the concept of family and the profundity of human connections are treated with genuine deference. It may wield a nod and a wink on occasion — expedient, perhaps, rather than entirely gratuitous — but there is no little ruggedness here. Xavier, more grizzled now and pushing 40, rarely complains; he flourishes. He accepts his lot for the simple pleasure of seeing his adorable daughter and sensitive son.

From a stylistic point of view, this is an endearing and intensely multicultural picture. Myriad languages pepper the narrative, each richer than the next, and the outsider’s wonder at the majesty of New York never quite dissipates. Indeed, Klapisch is keen to dive right in. His street-level camera is itself a New Yorker before long, drinking in the sights and sounds of a thriving, humming cosmopolis and an evocative, graffiti-marked landscape of the metropolitan experience, all crowded subway cars and asphalt horizons, balances the film’s goofier edges. Xavier takes it in stride, too, slotting seamlessly into his gritty, yet cosy, Chinatown neighbourhood.

There are occasional freewheeling elements to capture the imagination, of course. More amusing than truly anarchic, each is unexpected and brief enough to dispel any charge of overindulgence. Moody opening credits have the knowing whiff of some iconic 1970s cop thriller — The French Connection maybe — and, from time to time, Xavier converses on the meaning of life, in French, with spectral German philosophers Schopenhauer and Hegel. In one hilarious sequence, Duris, in full period costume, dissects the American perception of foreigners, a slyly hilarious Gallic jab at his mostly welcoming hosts. Delicate animations, and a wickedly original twist on an otherwise grim trip to the fertility clinic, round out the arch humour.


That Klapisch desires more than just laughs is plain before the end as he channels François Truffaut’s female-obsessed Antoine Doinel (the title sequence features footage from the previous two films, à la Truffaut). A hint of melancholy might even be discerned.

He places his leading man at the heart of a complicated Chinese puzzle, with its shifting relationships and tricky circumstances. Crucially, however, Xavier is a slave to the very existence of the women in his life: Wendy, Martine and Isabelle. They are a trio whose distinct qualities he may enjoy but never wholly possess; he will not find a woman to trump all three. Once he realises this, the riddle should seem less daunting.
Posted by Matthew Coyle at 15:50